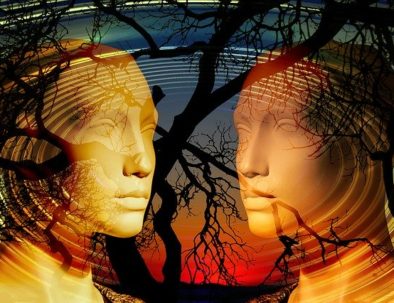 What is Post-Traumatic Stress Disorder (PTSD)?
It is a disorder that can occur in people who have experienced or witnessed a traumatic event such as a natural disaster, a serious accident, a terrorist act, war, combat, rape or other violent personal assault.
People with PTSD have intense, disturbing thoughts and feelings related to their experience that last long after the traumatic event has ended. They may relive the event through flashbacks or nightmares; may feel sadness, fear or anger; and they may feel detached or estranged from other people. People with PTSD may avoid situations or people that remind them of the traumatic event. A diagnosis of PTSD requires exposure to an upsetting traumatic event. However, exposure could be indirect rather than first hand. For example, PTSD could occur in an individual learning about the violent death of a close family member.

What are the symptoms?

The main Symptoms of PTSD are the following and can vary in severity:
Intrusive thoughts such as repeated, involuntary memories; distressing dreams; or flashbacks of the traumatic event and avoiding reminders of the traumatic event or thinking about the traumatic event.
Negative thoughts and feelings may include ongoing and distorted beliefs about oneself or others.
-Arousal and reactive symptoms may include being irritable and having angry outbursts; behaving recklessly or in a self-destructive way; being easily startled; or having problems concentrating or sleeping.
For a person to be diagnosed with PTSD – symptoms must last for more than a month, often persist for months or years. Many individuals develop symptoms within three months after the trauma, but may appear later. Symptoms cause significant distress or problems functioning. PTSD often occurs with other related conditions, such as depression, substance misuse, memory problems and other physical and mental health problems.